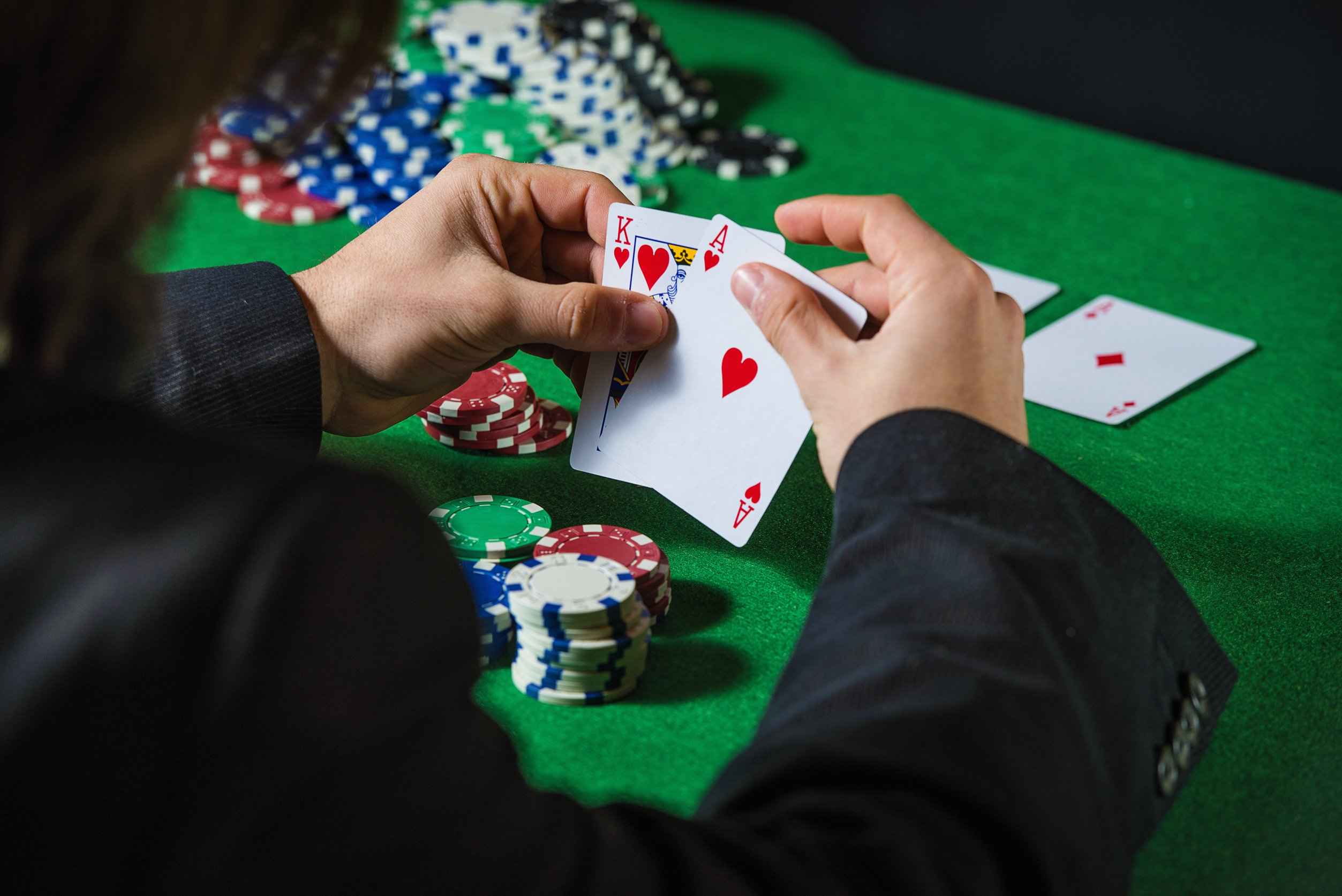 Online poker is similar to this jock who peaked in high school around 2010. He used to be very attractive, massive, and ripped to the bone, he could throw a mean ball, and he used to get all the girls.

Unfortunately, he never got to play for an A-list team, and now that he’s approaching thirty, he’s developing a beer belly, and while he can still throw that mean ball, he’s in desperate need of something to re-energize him.

Online poker is far more difficult to thrive in and far less popular than it once was. Playing cards for a living is no longer as romantic as becoming an esports player or launching a successful startup company. As a result, poker has lost some of its cultural significance, and it is no longer as appealing to new players as it once was.

Let’s dive into this topic and see what poker in Asia is all about.

“You don’t know how lucky you are unless you gamble.” – Proverb from China.

We are socialized in Western countries to believe that we are masters of our own domain and can achieve anything if we work hard enough. We don’t require luck, fate, or God. Asian countries promote a very different story. Eastern culture is based on a strong belief in luck and faith.

People believe their destiny is primarily predetermined by their ancestors, so winning at poker signifies that they have been blessed by the gods. Gambling is frequently a part of family gatherings; it is not uncommon for Korean families to play real-money gambling games during the New Year’s Holiday or Thanksgiving (Chuseok). Consider what would happen if you proposed a friendly game of 50NL to your parents and siblings after the next Christmas dinner.

Gambling is far more socially acceptable in Asian cultures than it is in Western cultures. It is also more culturally significant. Sure, we had Casino, Maverick, Rounders, and countless other works of fiction that appealed to certain segments of our society (particularly young men).

Still, poker is generally frowned upon when presented as an alternative career or even a serious hobby.

The social aspect of gambling is much more prominent in Asia than in Europe or the United States. The deeply ingrained ideas of capitalism and individualism make it clear to western players that in order to play poker seriously, you must prioritize EV over everything else.

Everyone is in it for themselves, and the successful player is either a lone wolf or a shark.

A gambling game in Asia is as much about the outcome as it fosters a sense of kinship. Most people do not consider playing dice, poker, or mahjong for money to be a problem because it is done in a social setting with other people.

Moreover, because money isn’t the only motivator for a large percentage of the player population, Asian poker rooms have the potential to create ecosystems that are far easier to sustain.

Finally, comparing gambling addiction rates in Asia to those in Europe, it is clear that games of chance are far more prevalent in eastern culture.

The rate of gambling addiction in Europe ranges from 0.5% to 3%, depending on the country, whereas it is 2 to 10 times higher in Japan at 5%.

The first thing you should do before visiting a poker room in the region is to throw out everything you know about live poker events, your ideas about how a poker tournament should run, and your ideology about what makes poker games good.

Simply put, when you sit at the poker table, expect the unexpected because that is exactly what will happen. The atmosphere, behavior, and nature of gambling and poker are unlike anything we have ever experienced.

In our more than ten years on the international circuit, the only thing that has come close in terms of excitement and electricity has been Morocco, where, while the crowds are smaller, they do get louder, especially when switching from French to Arabic.

As the live poker events conclude, the atmosphere becomes palpable, bordering on hysteria. The noise level in the poker room reaches a breaking point, and it is not uncommon for sudden screaming in the country’s native language to draw a small crowd around the poker table.

During a tournament in Jeju, South Korea, more than two dozen Chinese players jumped behind their poker player friend and began chanting for an ace, which was the most incredible scene we witnessed on the road. The ecstasy erupted from the crowd when the ace appeared, and the winning hand sent the last non-Asian poker player to the rail.

The raw mix of emotion discovered around the poker tables in South East Asian casinos may be matched by drunken British rails in the Thunderdome when one of their own is competing for a WSOP gold bracelet.

Perhaps it’s the Brazilian party from the stands, with their impressive support bubble.

But none of it compares to the absolute craziness and sheer excitement of a live poker event in the Asia-Pacific region.

It may sound prejudiced or cliché, but Asian players generally enjoy gambling, not just poker. When Asian gamblers go to the casino, whether to play poker or any other casino game, they certainly make their presence known.

It’s not uncommon to see someone walk around with multiple four-figure re-entries; however, one of the strangest phenomena we’ve noticed with Asian players is that they don’t mind losing as long as they’re having fun.

You won’t find a poker table in Asia full of hoodie-and-sunglasses-wearing online professional poker players who try to hide every emotion. During a poker cash game or tournament, no one in the region will be wearing headphones or listening to music because the real entertainment is the constant buzz in the entire poker room, and being a part of that is far more entertaining.

For those who pay attention to such things, bet sizing during any betting round teaches little. The bets made during the hand may be completely random and have nothing to do with the strength of the poker player’s hole cards. Most of the time, locals and even expats living abroad simply want to build a large pot while playing poker.

A five-big blind raise from under the gun with three callers? Yes, why not? The initial raiser’s range can be quite broad, and as the pot odds increase, so do the ranges of the three callers. Playing poker with these incredible extremes results in a lot of spicy pots, surprises, and insane action in both poker tournaments and cash games.

Except for the GGPoker-sponsored Triton High Roller series, the majority of live poker events in Asia cater to low to mid-stakes players. Professional poker players are unlikely to make the trip for these tournaments, allowing poker enthusiasts, poker rookies, and part-time poker players to shine.

Navigating the minefield of exhilarating action in almost every hand can be difficult, especially given the region’s unpredictable betting style.

The language barrier can also be a hindrance, especially if you suspect the local players are revealing hand information while the poker action is still going on.

That is something to keep in mind, especially since a large portion of the field is on your own turf.

The rail will frequently get very close to the poker table, and it is up to each player to ensure that their cards are not exposed.

What Should I Do When I’m Not Playing Poker in Asia?

One thing that is rarely considered but should be is turning the poker trip, or at least a portion of it, into a vacation. Instead of grudgingly sitting down at the next poker table, go outside and experience the country the next time you finish and simply do not want to play poker or cannot find a good cash game.

The Asia-Pacific region has grown significantly in recent years, with several tours now operating in countries such as Vietnam, South Korea, the Philippines, and Cambodia.

You’ve made it to the other side of the world, or at least to a new country, depending on where you’re from. Staying in the casino to play more poker or returning home immediately after the poker game would waste time. There is an entire country and culture to see and explore, and it is often only a short walk or Tuk Tuk ride away.

Be aware of the currency exchange rate and keep an eye on your bags and valuables whenever you’re in confined spaces, but that goes for any vacation.

Accepting the first offer from street vendors, drivers, and others is a game in and of itself, and as a tourist, you will always be subject to a markup. You may not be able to pull off an audacious bluff like at the poker tables, but a discount is always in the cards.

While August and September are the region’s rainy months, the monsoon-like showers are usually brief, and you won’t need a canoe to navigate the streets afterward.

So whether you enjoy relaxing at the beach, exploring local nature, or learning about cultures other than your own, almost anything you could want is readily available at a reasonable price. The same can be said for the local cuisine, which is full of flavor but can be quite spicy.

How to Deal Poker: Beginners Guide for 2022

Poker History and Poker Facts Every Fan Should Know [2022]