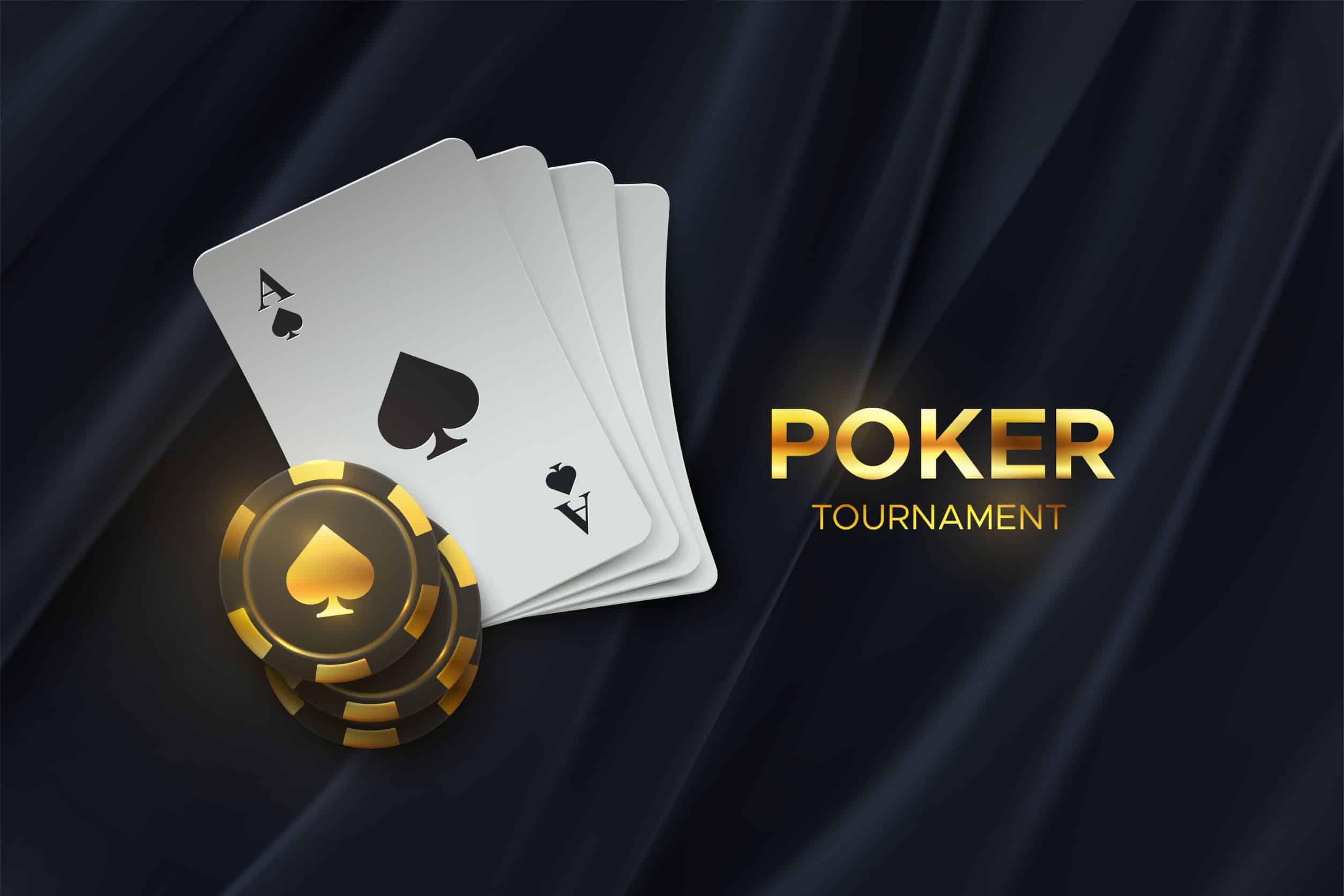 Some top professional poker players can consistently win while playing Texas Hold’em ring games and tournaments. But most players focus on one another to maximize their skills and chances for overall profit.

While the basic game and rules are the same, the strategy and skill set is slightly different between the two types of play.

You need to learn how to be a winning Texas Holdem player by studying the rules, learning starting hand strengths, and learning about pot odds and other basics before you should start trying to use the advanced tournament tactics on this page.

But once you’re ready, the tips and tricks listed below can help you transition from an average player to a consistent winner, so keep reading and be prepared to beat your opponents!

What Does ICM Mean in Poker?

ICM, or Independent Chip Model, indicates the monetary value of a decision’s profitability rather than its chip value. Its purpose is to differentiate the value of each chip as the tournament progresses, and this function becomes increasingly crucial as the money bubble approaches.

ICM is essential to your success at this stage of an event if your objective is to maximize long-term profits. It’s also important when you’re at the final table, and large jumps in prize money affect your decisions significantly. If your only objective is to win the tournament, you will maximize your value at every opportunity; however, this is not the most profitable strategy.

We advise you to play conservatively in the early stages of a tournament before the antes are introduced because survival is more important than the value at this stage. Early in the tournament, winning is impossible, but losing all your chips is possible. Doubling your chip stack early on is less advantageous due to ICM, which diminishes the value of each chip as the tournament progresses. If all of your opponents are playing extremely tight, it makes sense to open up your game and steal their chips as a counter strategy. Remember that this is a marathon, not a sprint.

The types of hands that perform best early on with larger stacks are those with the most post-flop potential. Suited connectors and pocket pairs, such as 7h 6h and 3s 3c, are excellent hands with minimal risk and a large payoff. In contrast, a hand like Ah 9s has more equity but much less potential. In later stages, when your only realistic preflop options are all-in or fold, offsuit aces can play well as shoves from late position with shallow stacks, but in the early stages, they can be problematic.

Be Patient while Playing Poker

The rate at which the blinds increase should dictate your level of aggression in the early stages. In a turbo tournament where the blinds increase rapidly, value is more important than survival. One of the most common mistakes made by novice poker players is to amass a large chip stack and then waste it by trying to win the tournament too early. In order to win large field events, patience and discipline are crucial.

The middle stages are the most entertaining. The players at your table will have varying chip stacks, which constrains your strategy in certain ways. For instance, when there are many short-stacked opponents still to act, you must narrow your opening range because it is likely that they will three-bet a wide range in an attempt to double up. You must now fold a large number of hands that you would normally open from each position, or you will be forced to fold too frequently when facing a shove.

Due to the inability to call a shove, speculative hands such as 8s and 6s, which previously would have been a fine open from the middle position, are now a clear fold when you have short-stacked opponents to your left. The value of high-card hands such as AT increases because they are more suitable for calling an all-in three-bet from a short stack.

If you have a large stack in the middle stages of a poker game, you should protect it rather than become a table bully. Once you reach the bubble, the value of this large stack will increase, as you will be able to exert a great deal of pressure on short-stacked opponents. If another player at your table has a large stack, you must play more strategically against them.

Ride out of the “Danger Zone”

During the middle stages, the “danger zone” comes into play. You must adjust your strategy significantly if you find yourself in the middle stages with less than 20 big blinds. You no longer have the advantage of playing speculative hands in order to observe the flop. Instead, you should restrict your range to stronger hands and seek all-in opportunities to build your stack.

Manage expectations throughout the bubble phase. A tournament’s bubble stage is one of its most exciting stages. When most remaining players receive a prize, those with short stacks feel the most pressure to survive until the money round. As soon as this bubble finally bursts, there will be a flurry of activity unlike any other time in the tournament, as everyone will now receive at least their entry fee back.

Recognize your Own Position

You must understand when you are in a favorable or disadvantageous position and adjust your play accordingly. For example, if your stack is extremely low, you must play conservatively. However, suppose you have a large stack. In that case, you are in an excellent position to use this against your opponents, knowing that they cannot fight back without making critical mathematical errors. During this time, avoiding unnecessary confrontations with other big stacks is crucial, as doing so can lead to disaster in tournament poker.

At this stage, short stacks will only go all in against big stacks with powerful hands; therefore, avoid making unnecessary loose calls. How short your stack is compared to other players’ stacks determines the optimal strategy around the bubble. For instance, if you have seven big blinds under the gun and hold AQ at a table where the other players have 15–20 big blinds, this is a clear shove. You must attack here to attempt to regain control of the game. If you see three other players with three or fewer big blinds at your table, then the same shove becomes a huge mistake due to the ICM pressure on the shortest stacks. You can take this attitude to extremes, such as folding pocket aces to guarantee a prize. This “nitty” attitude is as detrimental to your bankroll as loose play.

Typically, if you have a middle stack at the bubble stage, you must play extremely tight. You don’t want to go up against large stacks, but you also don’t want to risk the chips you already have. There is also the possibility that you will soon have a short stack if you do not acquire chips. Middle stacks are difficult to play, but as with short stacks, it is important to avoid making excessive adjustments. You must also ensure that you are not committing ICM suicide.

We have witnessed players fold pocket aces in a bubble situation in order to ensure they will cash. Although the adage “tight is right” is true, it is important not to take it too far. The same applies to excessive pushing. Keep in mind that ICM is a factor you use to adjust your decisions near the bubble and final table. It does not mean you cease searching for value when you have a strong hand.

How to Play Poker Without Chips

Types of Poker Players: How to Use Your Opponents’ Style to Beat Them

A Beginner’s Guide to Poker Rules and Strategies